Another incredible year at
InfoComm 2018

For the third year running, InfoComm did not disappoint!

H eld for 3 days this year in Las Vegas, we had an absolutely brilliant time catching up with everyone that visited our booth at the AV and Lighting show, demonstrating how easy and convenient it is to manage your rental business, straight from the cloud. The show itself was a massive success, busy with almost 1,000 exhibitors and over 42,000 attendees!

Incredible Technology on Display on the Show Floor

As was to be expected at the huge US show, we were truly blown away by the scale of some of the impressive booths. You could expect to see the biggest names in the pro-AV, lighting and broadcast tech world, including Cisco, Christie, Samsung and ARRI. It was incredible to see some of the latest technologies in action, from lighting and digital signage, to audio and video equipment! Just a couple of highlights included Sony’s Crystal LED Display System with 7th Sense Technology, and LG’s Open Frame OLED signage.

Visitors had the chance to immerse themselves in experiences on hand throughout the show, including tours, seminars and unmissable product demo sessions, including a Soundscape session from D&B Audiotechnik. Nestled amongst the incredible stands, the free-to-attend center Stage booth held informative and thought-provoking talks during the show on topics such as the psychology of user interface, and the future of wearable tech. 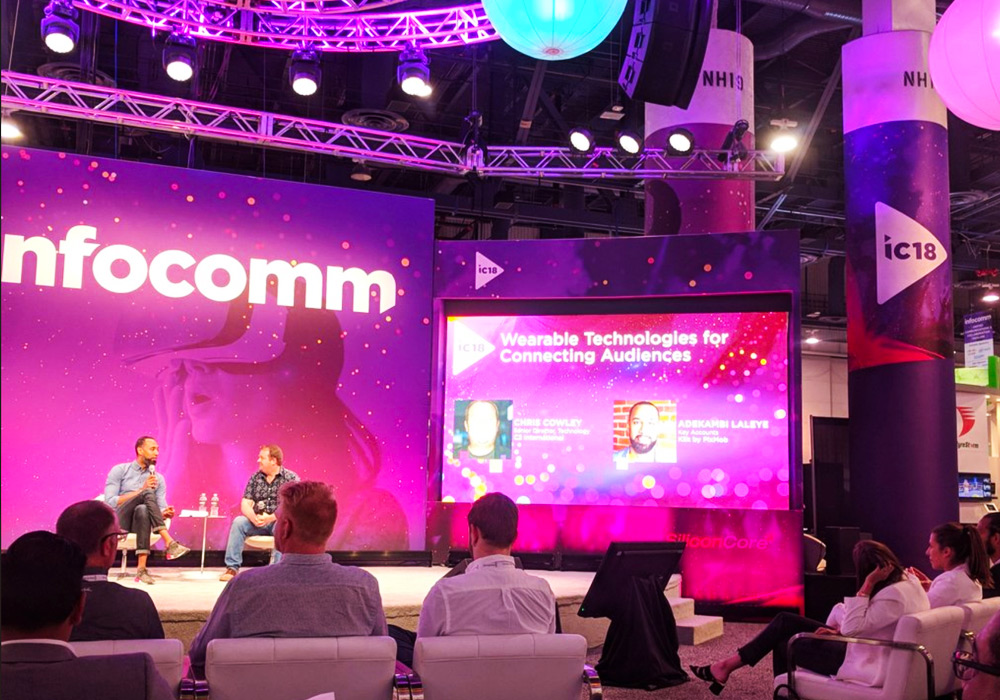 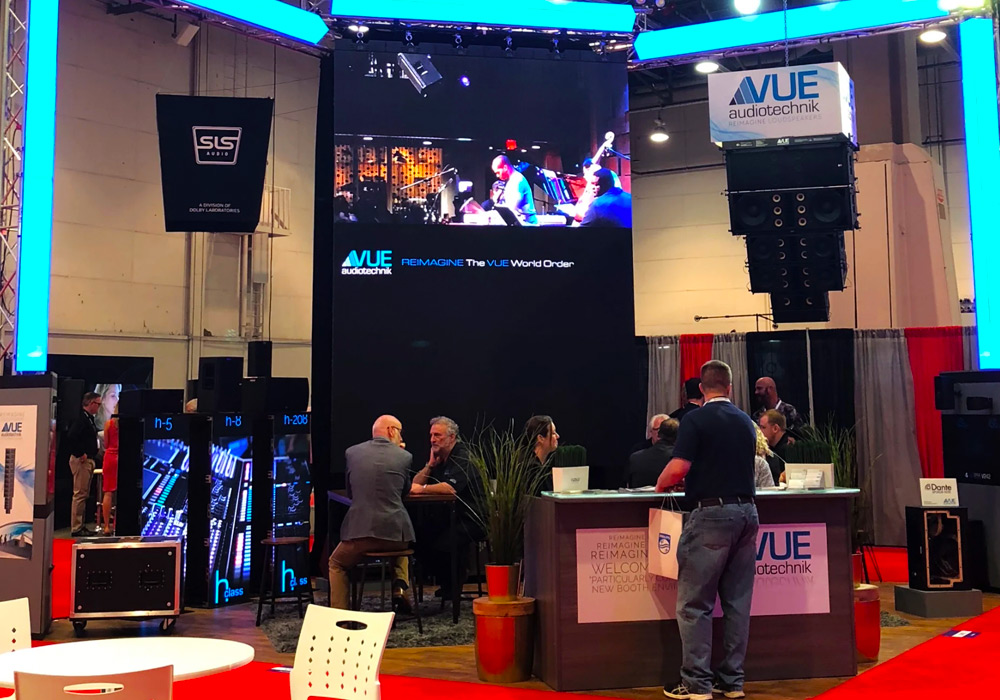 It was great to catch up with some of our customers in the US and to hear how they’re getting on with Current RMS, including the team at Mabe Productions and Diablo Sound. We were giving away tons of goody bags and chocolate poker chips during the show, plus it was also the perfect opportunity for us to show off our brand new video, filmed with Lightbulb Grip & Electric in New York. Playing throughout the show, the video gave booth visitors the chance to see how Current is used by a real life rental business in the AV & Broadcast industry.

The show was also perfect to show off some of our newest features - a lot really can change in 12 months! Visitors had the chance to see Do a Deal in action, which was released only last month. The new feature allows you to apply a deal price straight to an opportunity, or to any individual groups you’ve set up on an opportunity. This comes in really handy when you’ve agreed a price with a customer on the phone and want your proposals to reflect this. We also had the chance to show off releases from earlier in the year, including Choosing Accessories and Global Check-in. 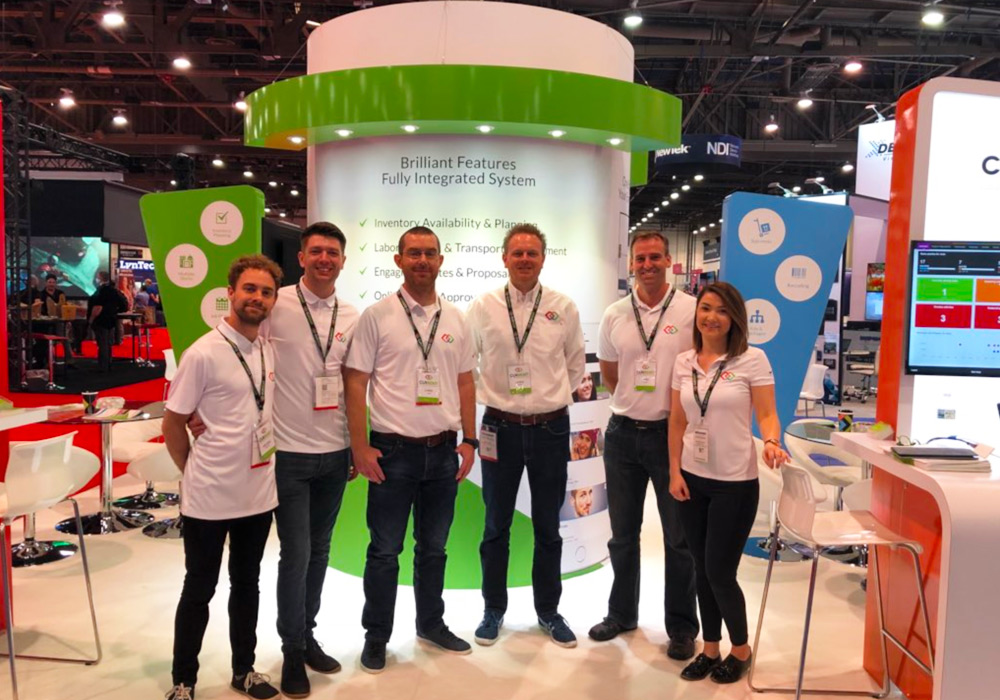 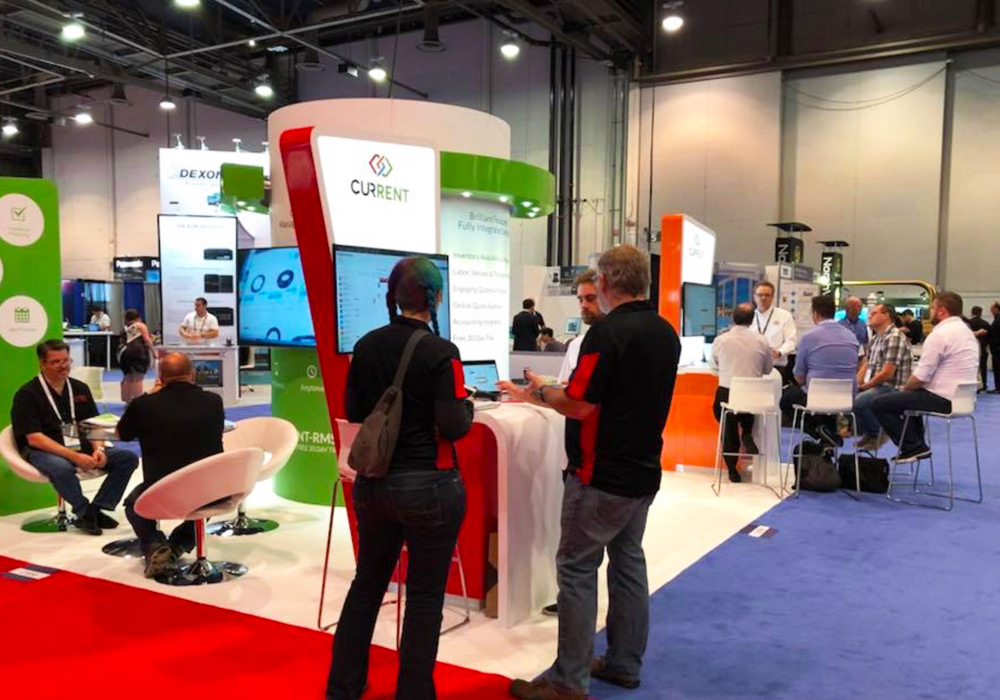 Of course, when in Vegas, you’ve got to make the most of it! It was brilliant to spend some time checking in with some of our Current users from across the globe, including the Turn of Events team, who showed us around their HQ and shared some seriously good subs with us! Plus, after the show we found more than enough to keep us busy; we checked out a show, visited the incredible Hoover Dam on a raft trip, saw the sights of Fremont Street in Downtown Las Vegas, plus took in the incredible views from the top of the Rio Hotel. 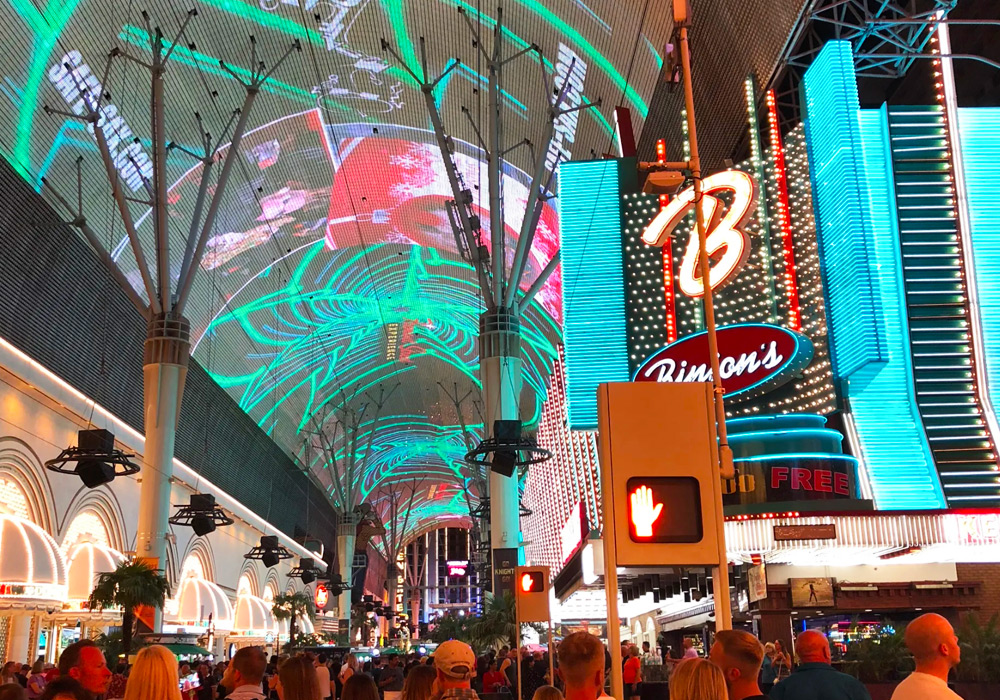 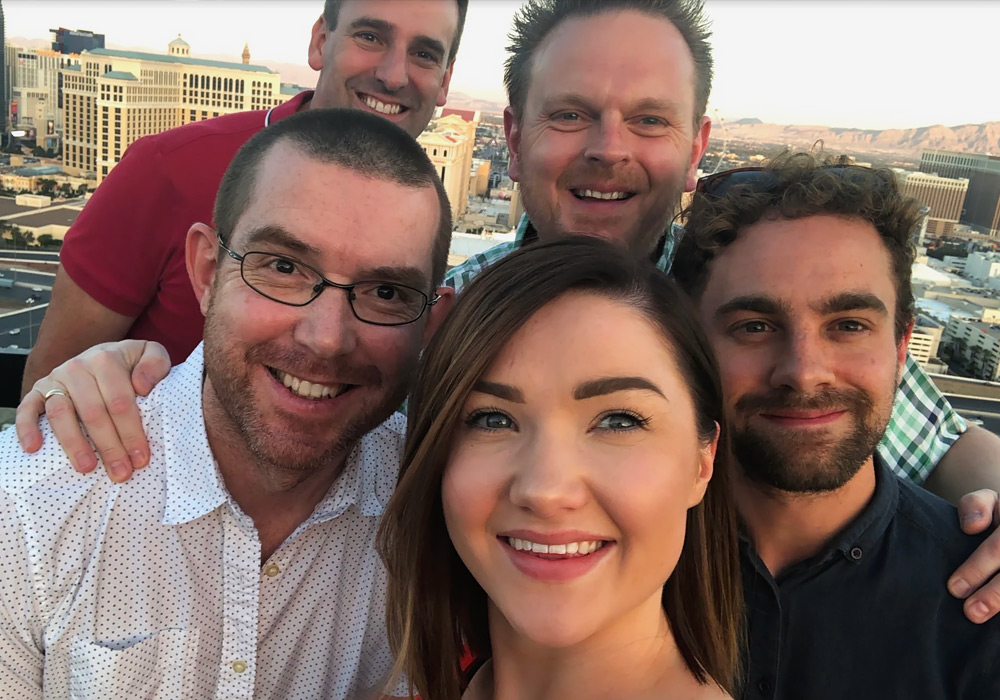 Want to find out more about Current RMS?

Hopefully you had the chance during the show to check out a demo of our software.

There’s no better time to Sign Up for a Free 30 Day Trial of Current, and to Book in another Demo with one of the product specialist team, which we can schedule for a time that suits you. Don’t forget - the Current RMS package is all inclusive - all backups, all updates and all support is fully included, so if you need a hand getting set up and running, just reach out! 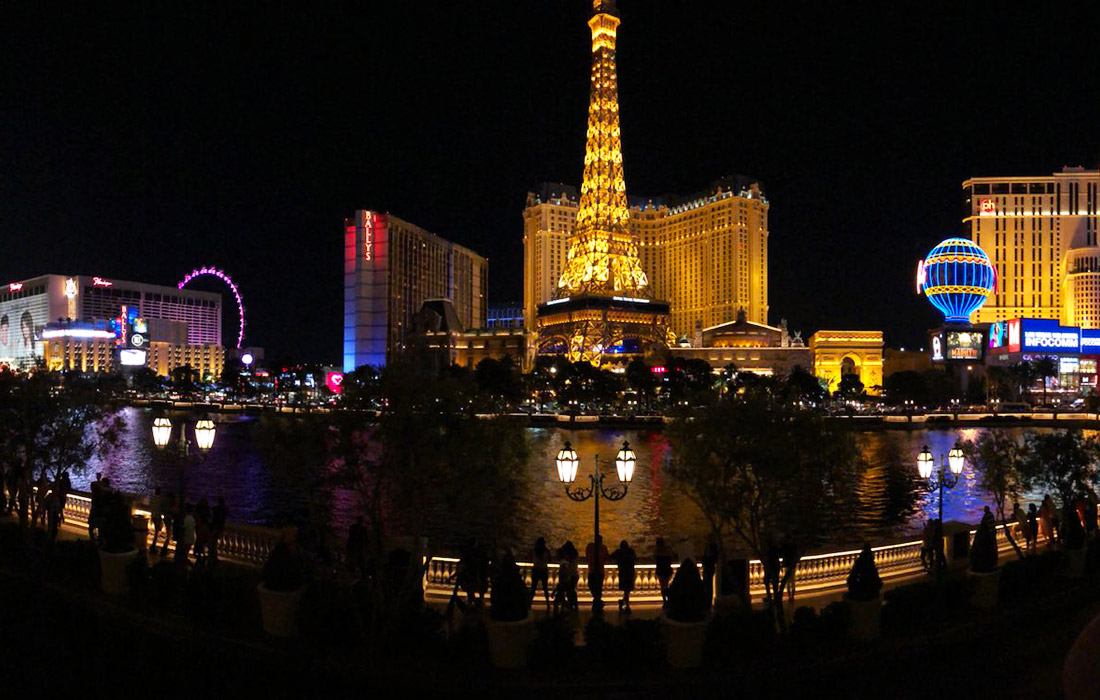 We enjoyed the sights of beautiful Las Vegas at night. 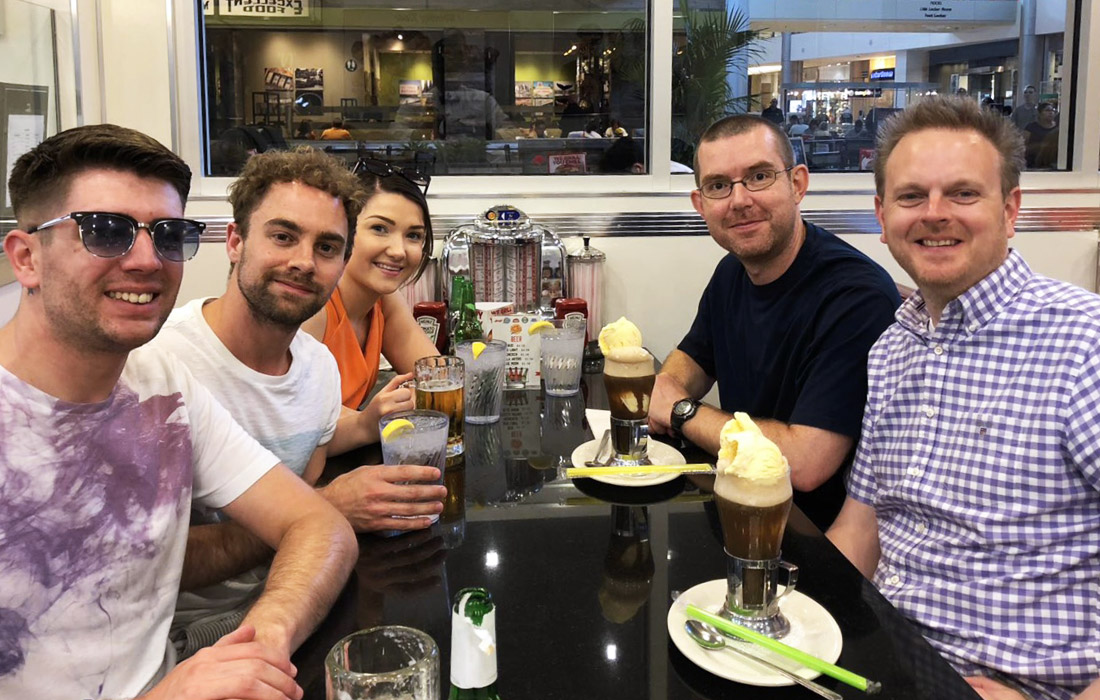 The team sampling some of the famous US cuisine at Johnny Rockets diner. 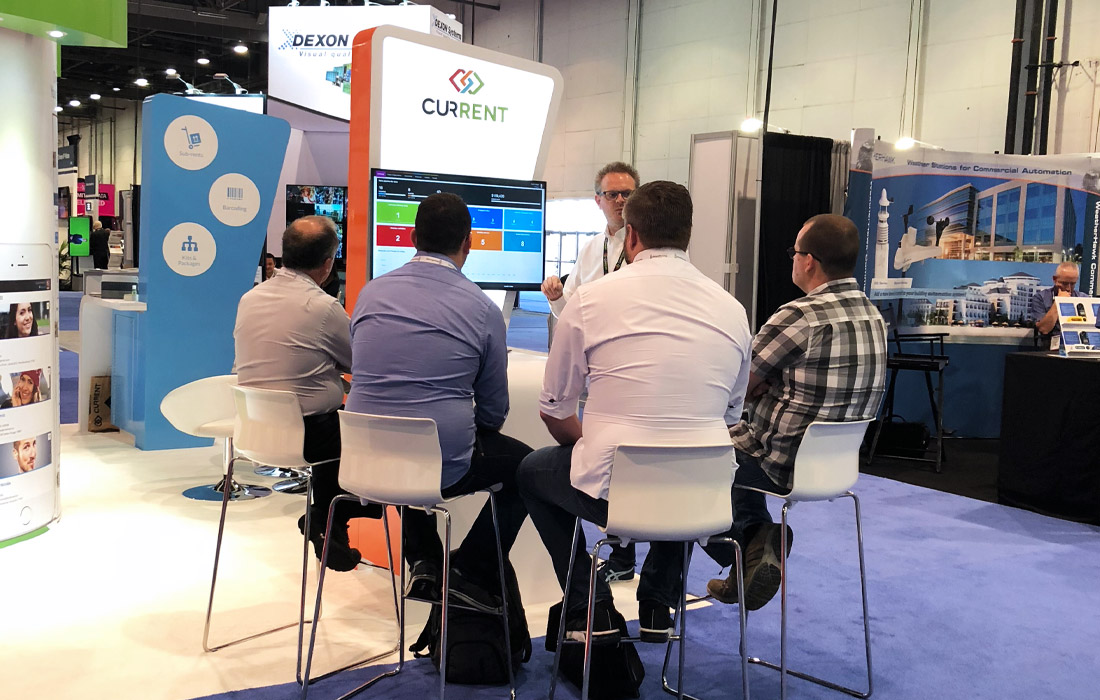 Chris was busy with non-stop demo’s during the show! 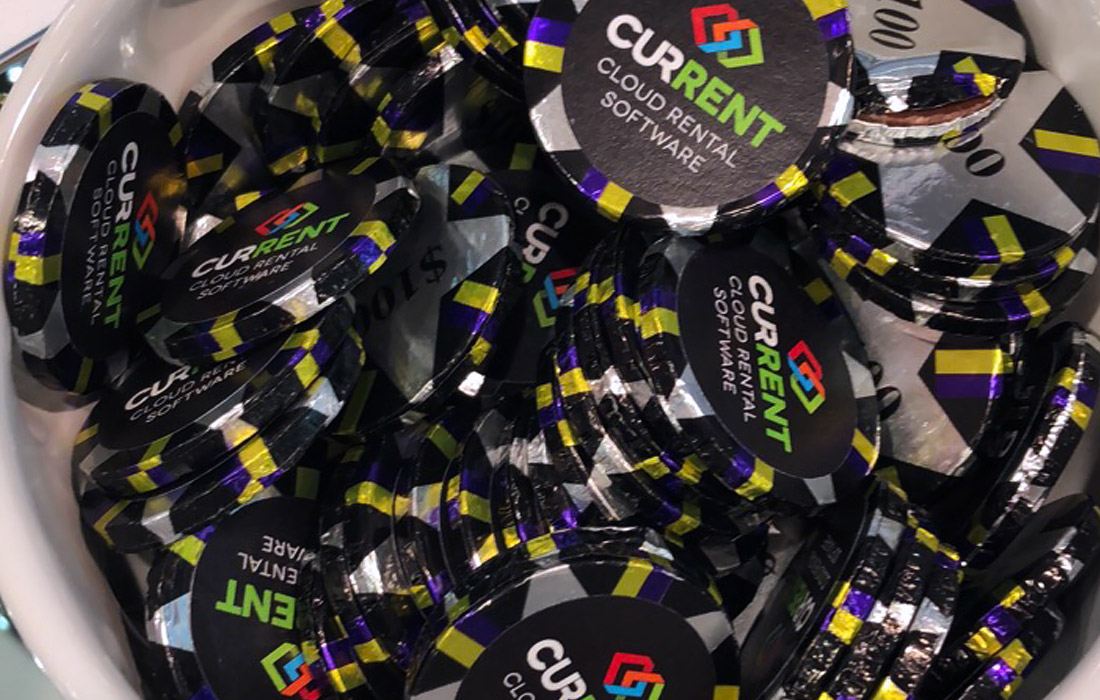 Chocolate poker chips - we know the way to our customer’s hearts! 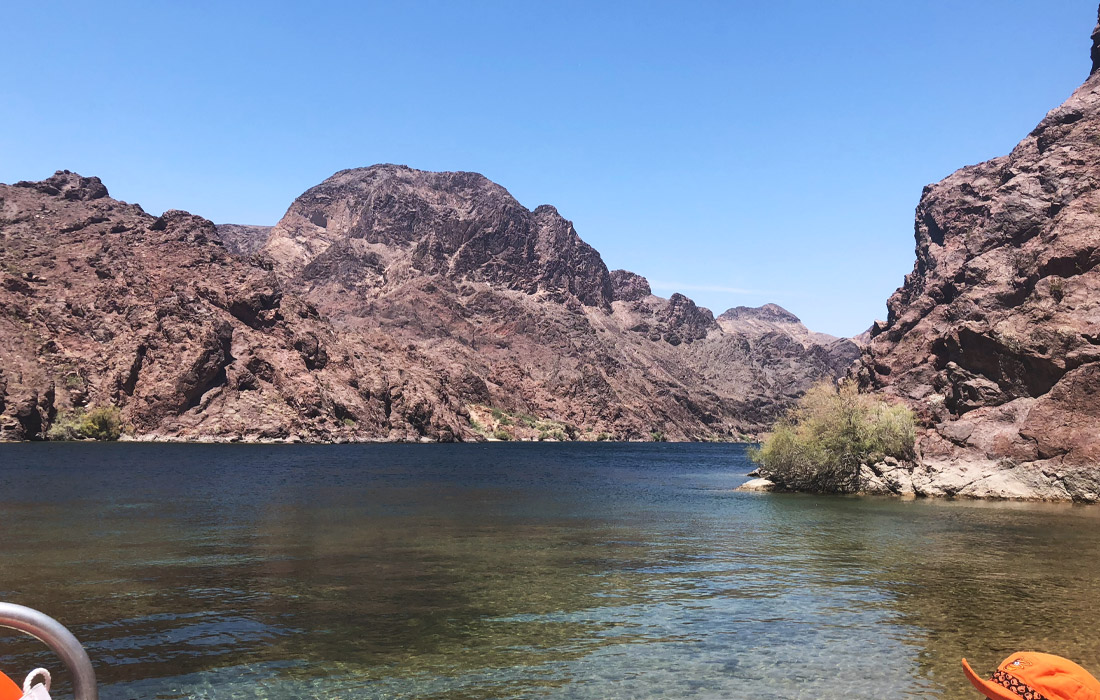 We couldn’t miss visiting the incredible Hoover Dam and beautiful Colorado River after the show! 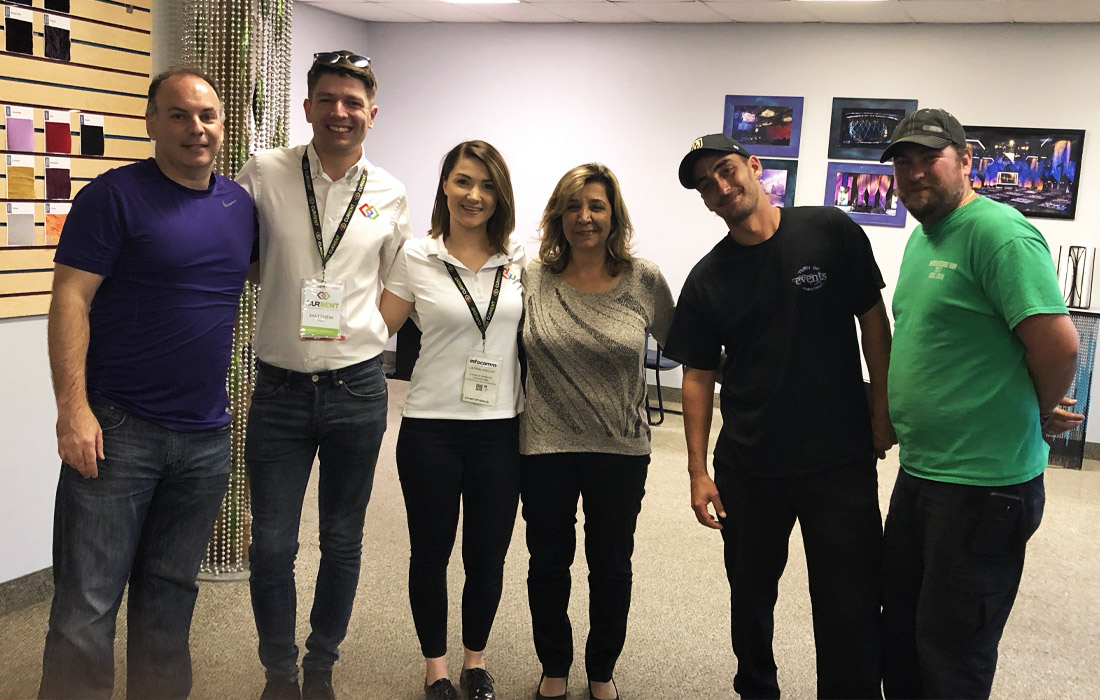 It was so much fun catching up with Current users Turn of Events after the show! 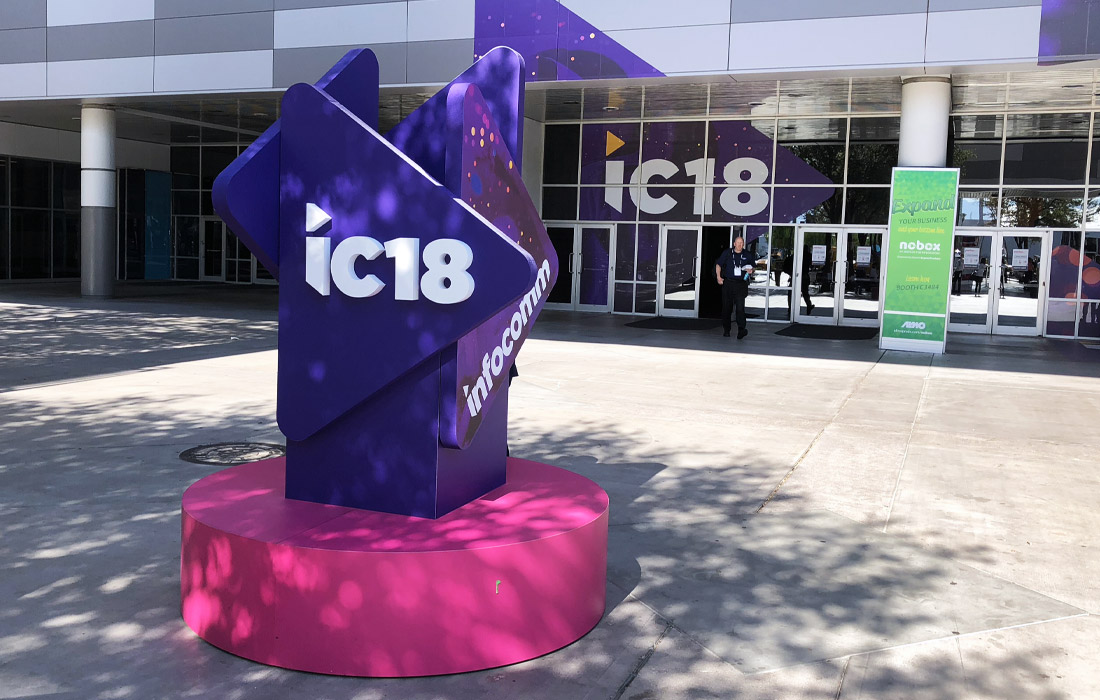 Almost 1,000 exhibitors were at this year’s InfoComm show! 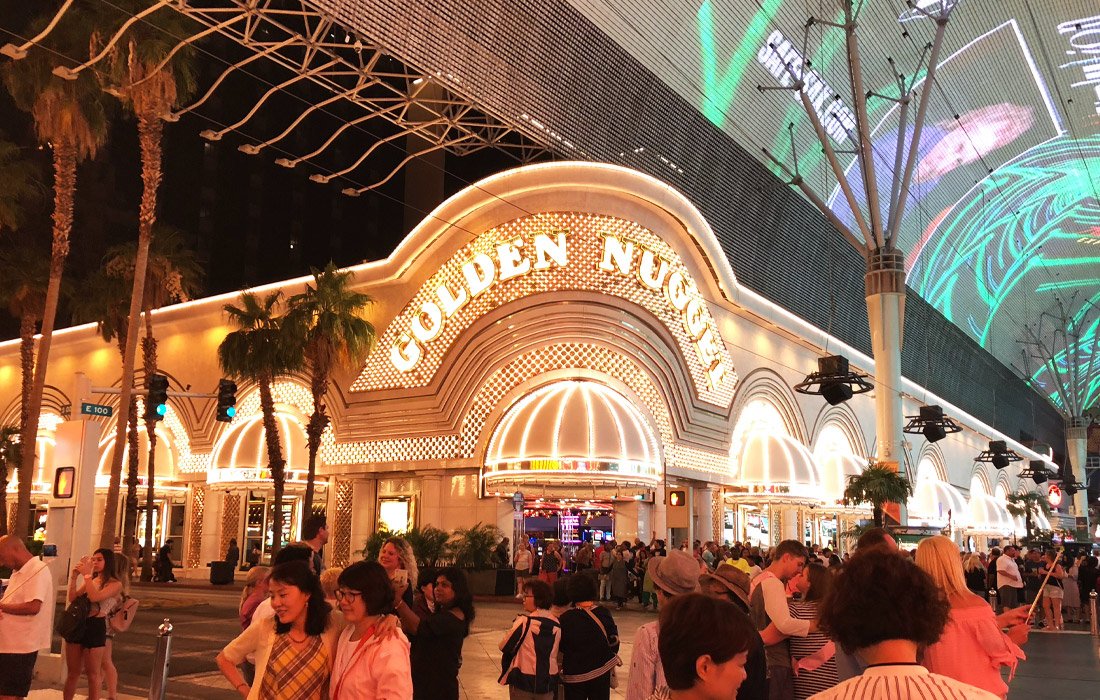 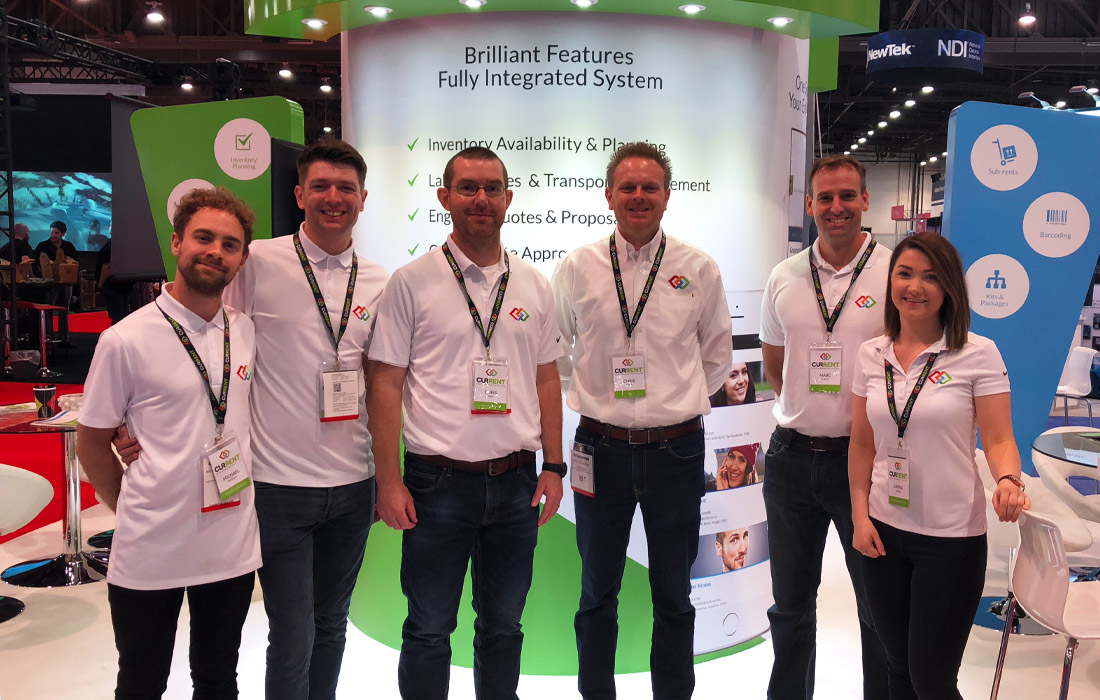 Team Current with our fantastic InfoComm booth! It was great to catch up with everyone during the show. 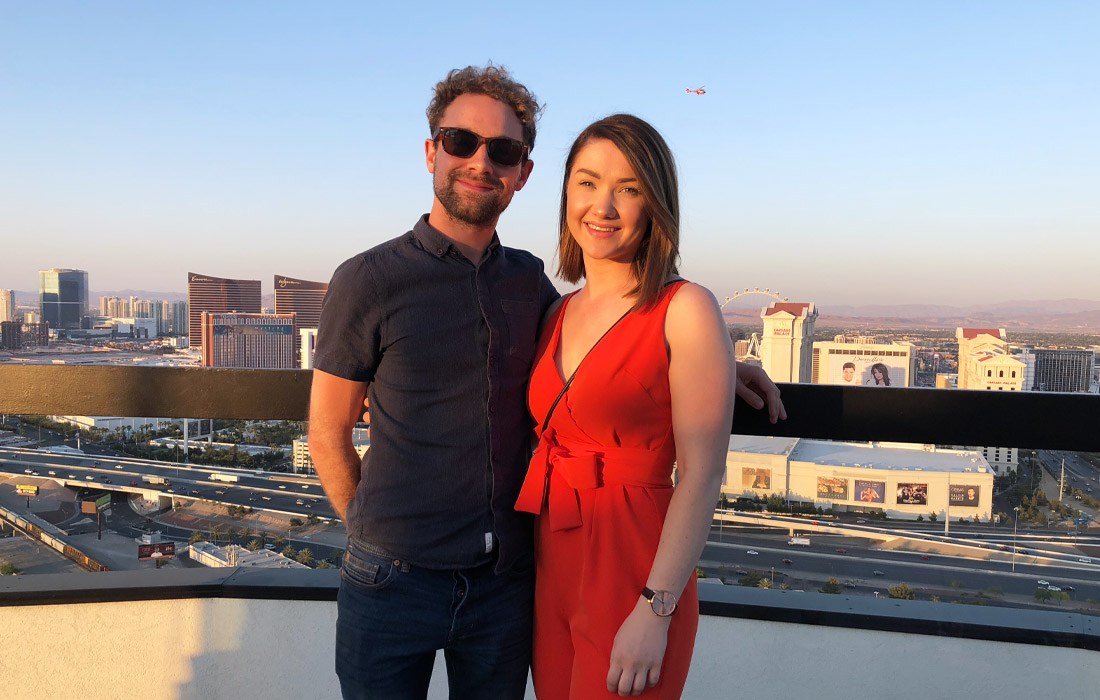 Catrin and Michael making the most of the gorgeous weather! 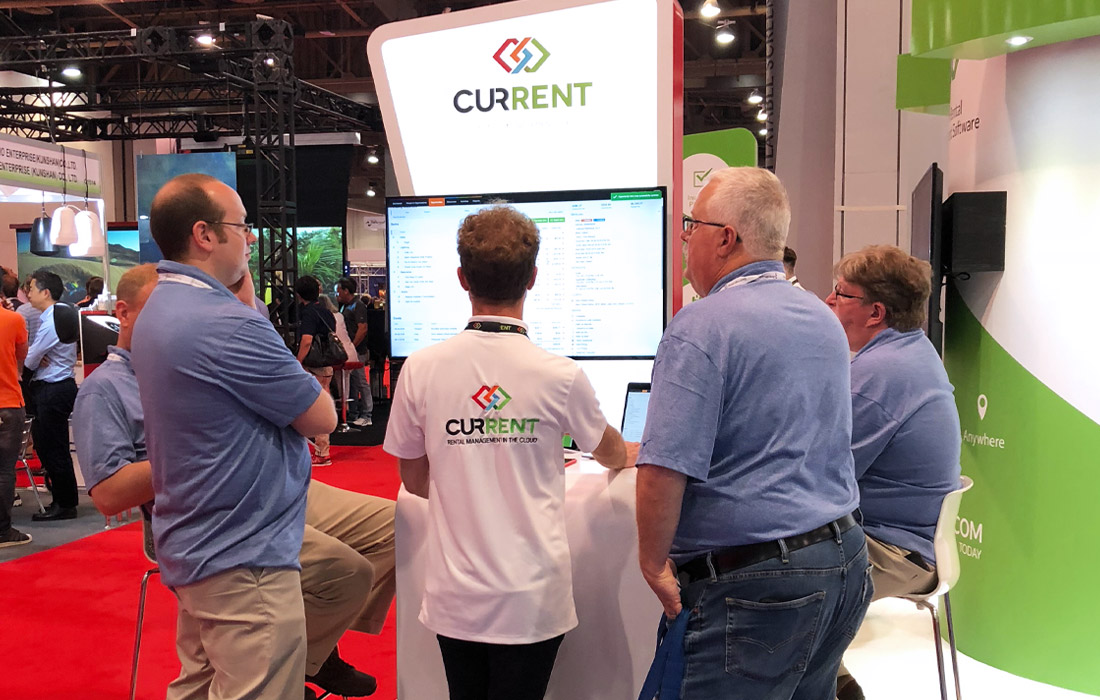 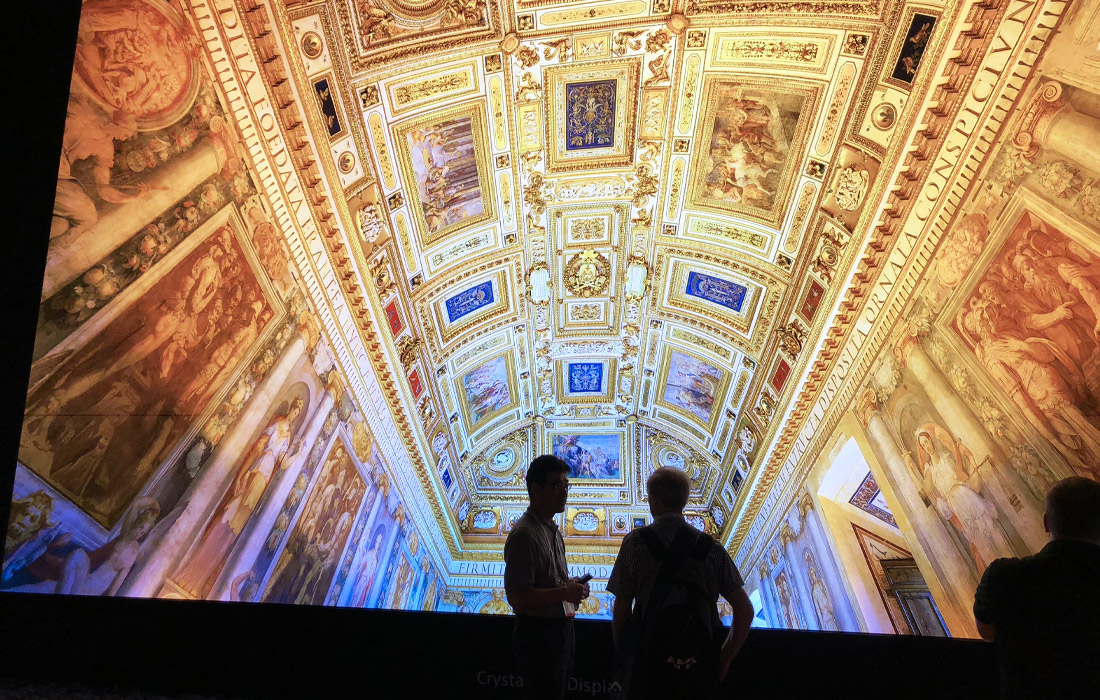 Panasonic sharing the latest technology on their amazing booth.

Check out our webinars!

From warehouse hacks to best practices on document coding, check out what’s next in our webinar series.